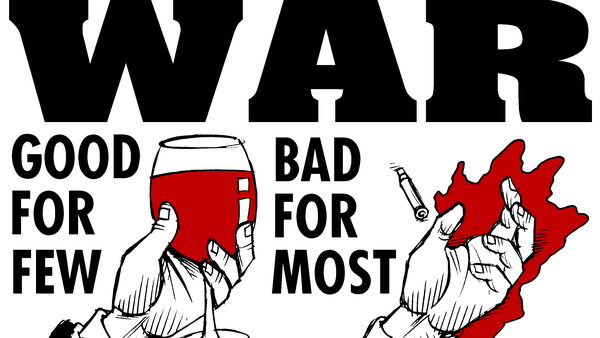 [Solidarity Action] | Down with the War & War Economy!

Join with members of XR Solidarity, United Against War and Militarism, Boston May Day Coalition, and others in protest against the US and NATO’s continued escalations of the war in the Ukraine. We will also be standing in solidarity with workers in Italy, who will stage a general strike on December 2nd & 3rd against Italy’s participation in the war as well as the worsening economic conditions for the masses that this war is only intensifying. We will decry the disastrous environmental & climatological impacts of the military-industrial complex and the wars it wages for profit and geopolitical power.

After 9 months of the proxy war in Ukraine, the crisis facing the masses in Europe and across the world has become increasingly more acute. Gas prices have gone up across the board, food prices are skyrocketing, and the purchasing power of working people is sinking. This is all a result of the dirty game between the “great powers” for global supremacy and the rotting economic system that drives these countries to war.

As the crisis rages on, the US rulers continue to escalate the situation. They have pledged up to $60 billion and counting to Ukraine, continuing to arm the military and it’s neo-Nazi wing to the teeth, and most recently have put American boots on the ground.

When: Dec. 3rd at 1 PM Where: Park Street Station by Boston Common


In public spaces in the Common