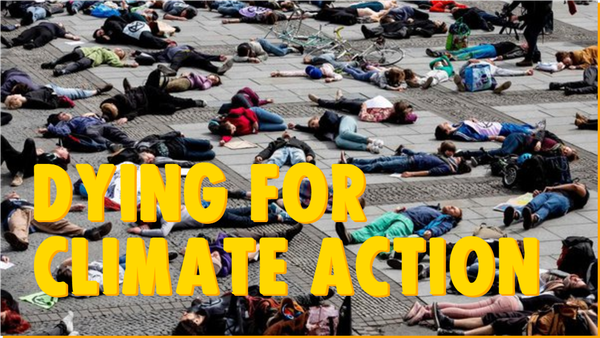 Meet us in Harvard Square just outside the T stop for this month's die-in!

Join us for another die-in to warn about the worst effects of the climate crisis. We are heading for extinction and need to act now.

Extinction Rebellion Boston holds a monthly die-in in public areas around Boston to raise awareness about the climate and ecological crises. We aim to mobilize the public to demand the systemic change necessary to ensure a safe and habitable Earth for all.

A die-in is a peaceful, non-violent protest wherein participants lie on the ground for a specified amount of time: a solemn act that symbolizes the kind of future we face with the current inaction on the climate crisis. Join us in highlighting the distinct possibility of the human race becoming extinct as a result of the planet overheating.