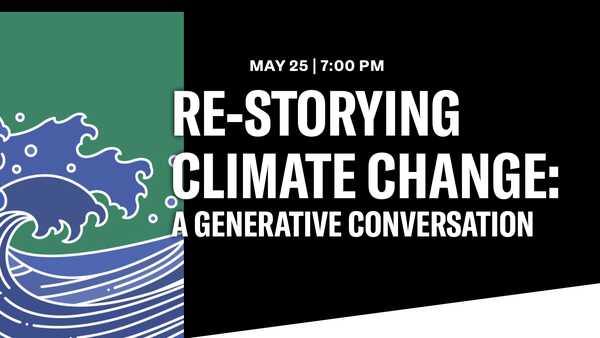 Re-Storying Climate "Change"? XR at the Theater to Advocate for Mass Action

Until the 22nd of May, ArtsEmerson is presenting a climate-themed production called Sea Sick , a one-person show based on the award-winning book by Alanna Mitchell, which features herself recounting the true story of her marine biological work, science journalism, & attempts to communicate the severity of the climate emergency (my emphasis) to the world.

Interestingly, according to an astute XR Boston member who reported back after attending the production, she ends with more of a call for self-forgiveness than coordinated mass direct action, civil disobedience, & protest. So we've decided that it is necessary that XR Boston turn out for the "Re-Storying Climate Change: A Generative Conversation" public dialogue that is to be held on May 25th at 7 PM, so that we can advocate for mass protest & collective power & invite all those in attendance to join us in fighting back against climate catastrophe.

You must RSVP ahead of time, so if you are going to come, please do so here: https://artsemerson.org/events/restorying-climate-change/

Similarly, it's probably not a bad idea to read a bit of her book or try to see the show before coming (although not required!), so that we make as informed arguments as we can. If you'd like to purchase tickets to one of the upcoming showings, use this link: https://artsemerson.org/events/sea-sick/

We will meet outside the Emerson Paramount Center at 6:45 PM on the 25th—see you there!