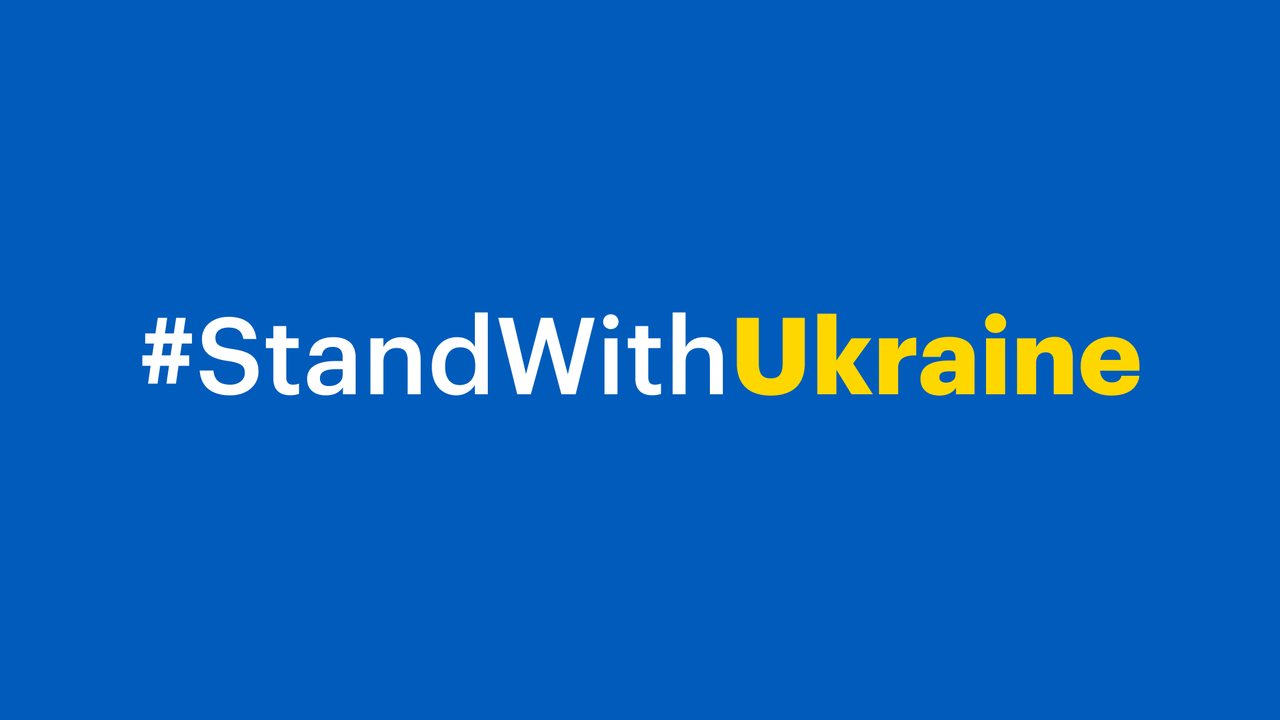 Extinction Rebellion Boston’s Statement on the War in Ukraine

The War in Ukraine is funded by fossil fuels

4o% of Russia’s federal budget comes from oil and gas revenues. Fossil fuel profits are what enables Putin to buy weapons and fund military expansion. In order to strip Putin of his power, and strip Russia of its wealth, European countries are putting sanctions on Russia by disconnecting Russia from SWIFT, the Society for Worldwide Interbank Financial Telecommunication, and rapidly ending their dependence on Russia's fossil fuels.

Fossil fuel companies are using the war to push their product

Even though their product is what partially funded the war in Ukraine, fossil fuel companies are using the war to push their product and act as “the savior.” They want to open up fracking in the U.S. to meet the energy needs of Germany and other countries that are are ending their dependence on Russian fossil fuels.

From The Guardian,“Just hours before Russian troops began their unprovoked assault on Ukraine, the American Petroleum Institute (API) posted a string of tweets calling for the White House to “ensure energy security at home and abroad” by allowing more oil and gas drilling on public lands, extend drilling in US waters and slash regulations faced by fossil fuel firms.”

We need a rapid transition to renewables

Expanding oil and gas will not protect us against an inevitable short term increase in energy prices and will accelerate the climate and ecological crises, both of which are setting the stage for resource wars and climate migration that will become a threat to national security in many countries.

XR Ukraine created a global call to action, asking people around the world to block, picket and climb over the offices of oil and gas companies of the Russian Federation. They also ask for disruption of their business partners in the EU, UK and worldwide, including Exxon, Shell, Chevron, and BP. They call for “every responsible person” to impose sanctions against Putin.

XR Boston calls for a swift transition away from fossil fuels to ensure that the climate and ecological crises don’t spiral out of human control, hurtling humanity towards what climate scientists call an “uninhabitable hothouse Earth,” to protect human health, and to take power away from dangerous leaders who use fossil fuels as leverage. Renewable energy - the wind, the sun, tidal power, Earth’s heat in the form of geothermal energy, is available to all with prices that continue to drop.

Stand With Ukraine War in Ukraine Putin Fossil Fuels statement Climate crisis
Previous
How the Climate and Ecological Crises will effect Massachusetts
Next
WHY WE ACT: Clare Farrell at the Extinction Rebellion Open Call 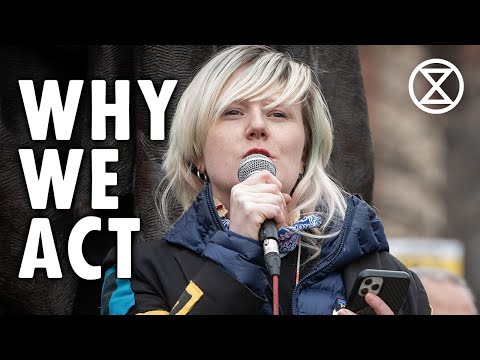 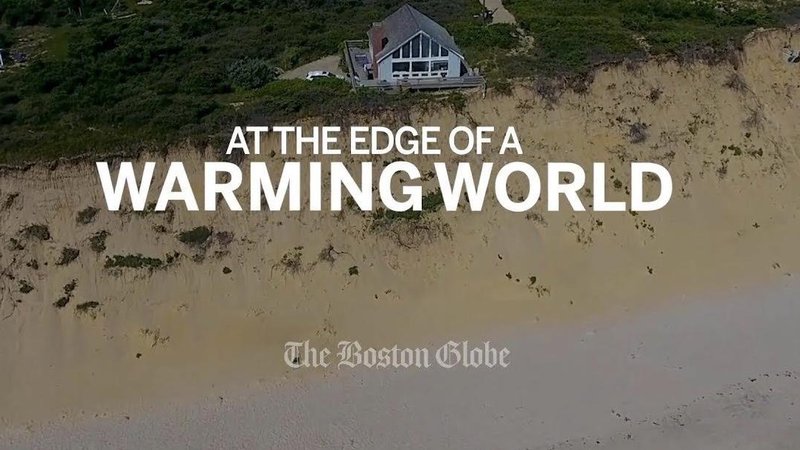 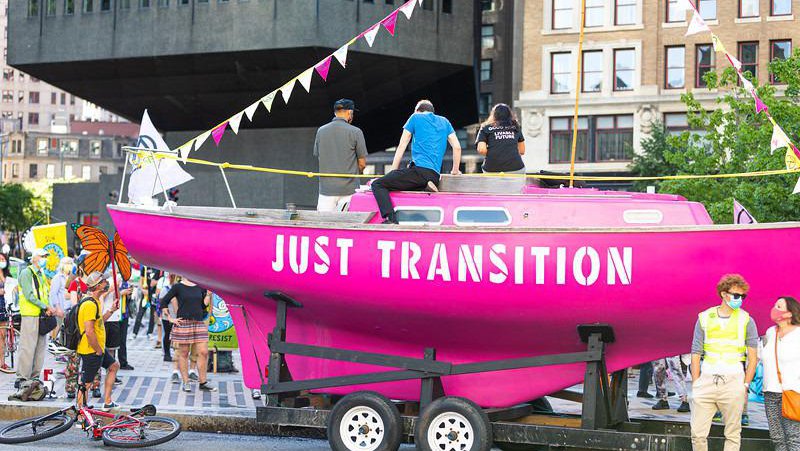 XR Boston's Tax Day action at the Federal Reserve
XR Boston held a Tax Day Action at the Fed Reserve, demanding the Massachusetts and federal government to spend our tax dollars on renewables instead of bailing out fossil fuel corporations 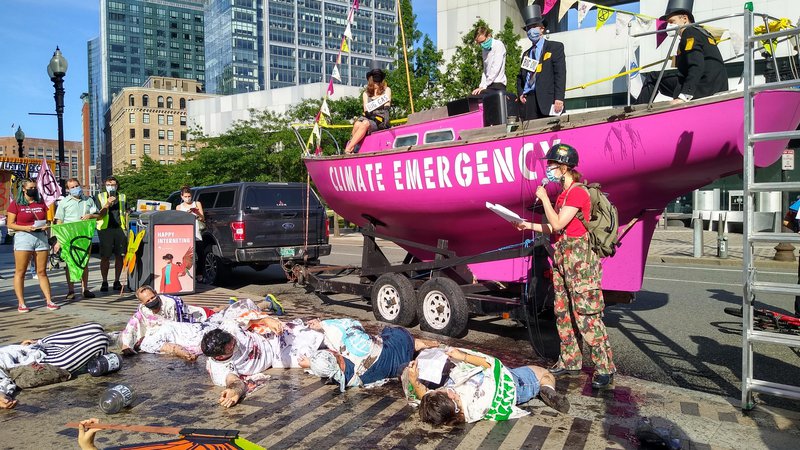 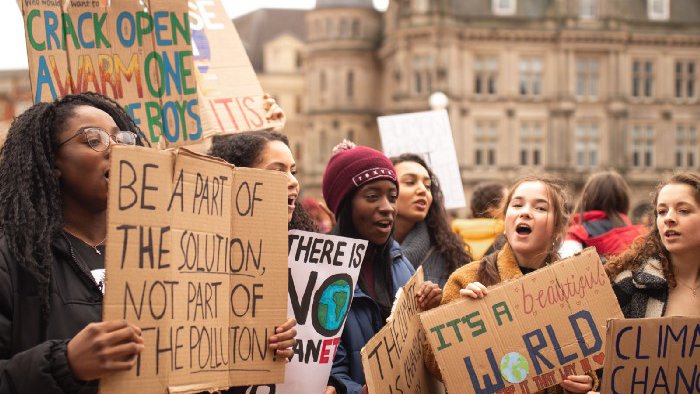 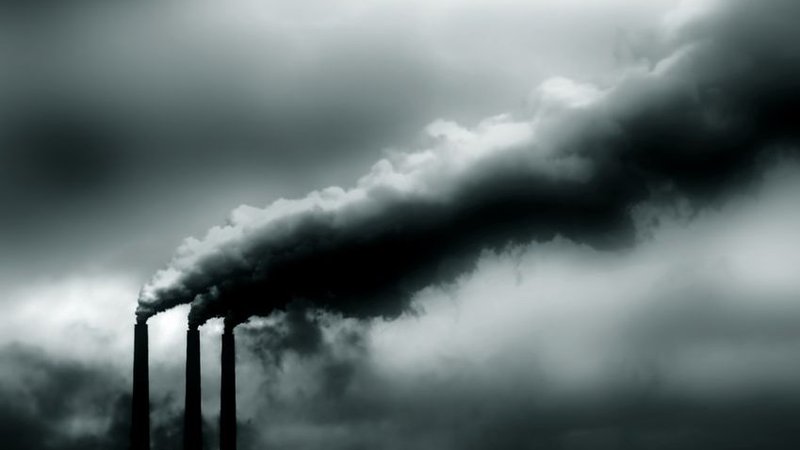 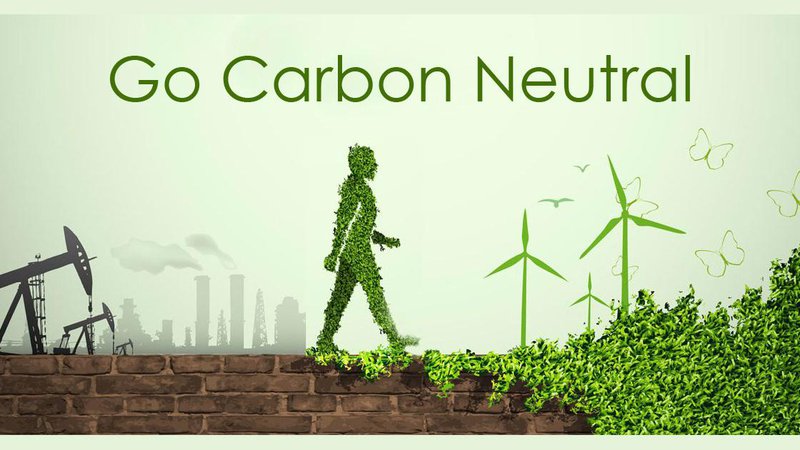