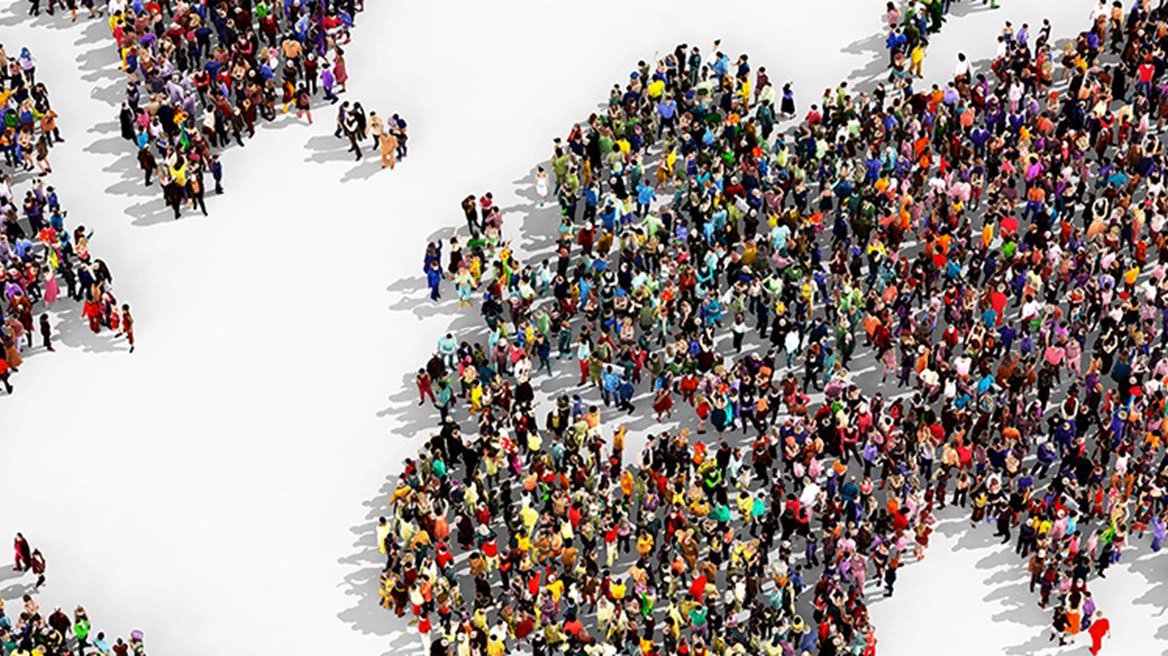 Uncontrolled population growth has been pointed to as a major factor in creating and perpetuating the climate and ecological crisis. The more people on Earth, the more land we use and resources we consume. Ecological destruction has been shown by the IPBES to be the leading cause of the Sixth Mass Extinction, the first mass extinction caused from human behavior. The IPBES identifies climate change from the burning of oil, coal, and natural gas as the third cause of the Sixth Mass Extinction.

Highly industrialized countries are responsible for the vast majority of greenhouse gas emissions with an economic system that relies on unsustainable levels of increasing consumption, leading to excessive levels pollution and deforestation/habitat destruction. In comparison, the lifestyle of people living in the global south does less harm to ecological and climate health, although consumption rates in the global south are growing as they play catch up to the creature comforts we benefit from the in the first-world.

It is possible to take care of people and planet if we equally distribute resources, ensuring that everyone's basic needs are met, with no one consuming more than they need and thus overshooting planetary boundaries. The Doughnut Economic Model is a good example of this.

A round-up of the headlines below:

The Guardian, "Population panic lets rich people off the hook for the climate crisis they are fuelling" by George Monbiot

"When a major study was published last month, showing that the global population is likely to peak then crash much sooner than most scientists had assumed, I naively imagined that people in rich nations would at last stop blaming all the world’s environmental problems on population growth. I was wrong. If anything, it appears to have got worse.

Next week the BirthStrike movement – founded by women who, by announcing their decision not to have children, seek to focus our minds on the horror of environmental collapse – will dissolve itself, because its cause has been hijacked so virulently and persistently by population obsessives. The founders explain that they had “underestimated the power of ‘overpopulation’ as a growing form of climate breakdown denial”.

The formula for calculating people’s environmental footprint is simple, but widely misunderstood: Impact = Population x Affluence x Technology (I = PAT). The global rate of consumption growth, before the pandemic, was 3% a year. Population growth is 1%. Some people assume this means that the rise in population bears one-third of the responsibility for increased consumption. But population growth is overwhelmingly concentrated among the world’s poorest people, who have scarcely any A or T to multiply their P. The extra resource use and greenhouse gas emissions caused by a rising human population are a tiny fraction of the impact of consumption growth."

The Guardian, "Population, poverty and the climate emergency"

"Monbiot argues that the solution to our ecological crisis is only about curbing consumption in rich nations. He condemns any individual or organisation who believes this won’t be enough as having other underlying, deplorable agendas.

But he is profoundly wrong. Indeed, population was highlighted as a key factor to address by the Global Footprint Network on Earth Overshoot Day, which fell on 22 August. GFN identified five key pillars for bringing humanity into balance on an equitable basis with the Earth’s available, sustainable resources. Population is one of those. If every other family had one fewer child than currently expected and parenthood was postponed by two years, Overshoot Day would move back 49 days by 2050.

The moral duty and necessity of addressing consumption rates in rich countries is clear and a given. We also emphasise the disproportionate impact of people in high-consuming countries like the UK making the positive, individual choice to have smaller families, so bringing wider societal and environmental benefits.

The Guardian, "Want to fight climate change? Have fewer children"

"The greatest impact individuals can have in fighting climate change is to have one fewer child, according to a new study that identifies the most effective ways people can cut their carbon emissions.

The next best actions are selling your car, avoiding long flights, and eating a vegetarian diet. These reduce emissions many times more than common green activities, such as recycling, using low energy light bulbs or drying washing on a line. However, the high impact actions are rarely mentioned in government advice and school textbooks, researchers found.

Carbon emissions must fall to two tonnes of CO2 per person by 2050 to avoid severe global warming, but in the US and Australia emissions are currently 16 tonnes per person and in the UK seven tonnes. “That’s obviously a really big change and we wanted to show that individuals have an opportunity to be a part of that,” said Kimberly Nicholas, at Lund University in Sweden and one of the research team."

The globalization of the world economy, moreover, can mask the true carbon footprint of individual nations. China, for example, recently surpassed the United States to become the world’s leading greenhouse gas emitter. But a large portion of those gases is emitted in the production of consumer goods for the United States and Europe. Thus a large share of “China’s” greenhouse gas footprint is actually the displaced footprint of high-consumption western nations.

The United States has the largest population in the developed world, and is the only developed nation experiencing significant population growth: Its population may double before the end of the century. Its 300 million inhabitants produce greenhouse gases at a per-capita rate that is more than double that of Europe, five times the global average, and more than 10 times the average of developing nations. The U.S. greenhouse gas contribution is driven by a disastrous combination of high population, significant growth, and massive (and rising) consumption levels, and thus far, lack of political will to end our fossil-fuel addiction." 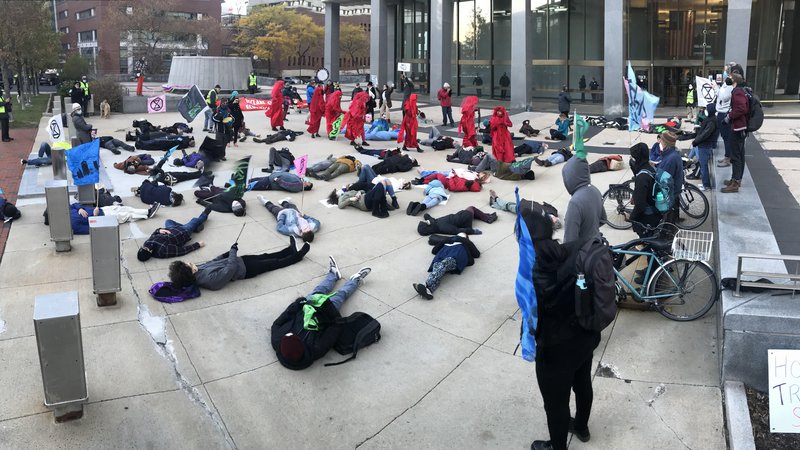 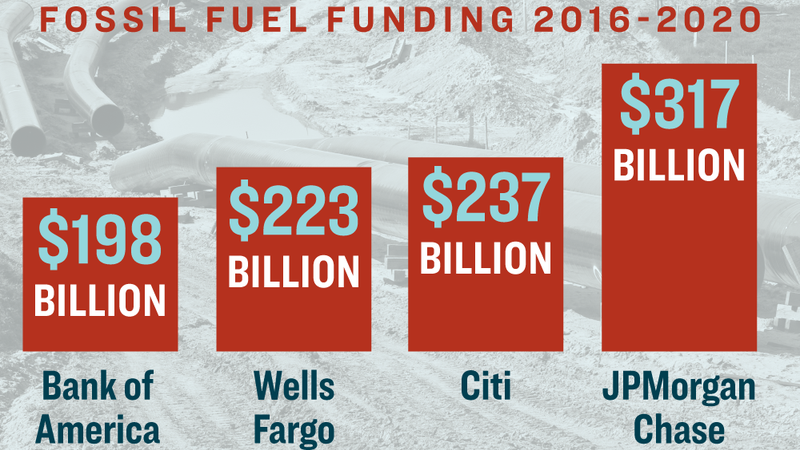 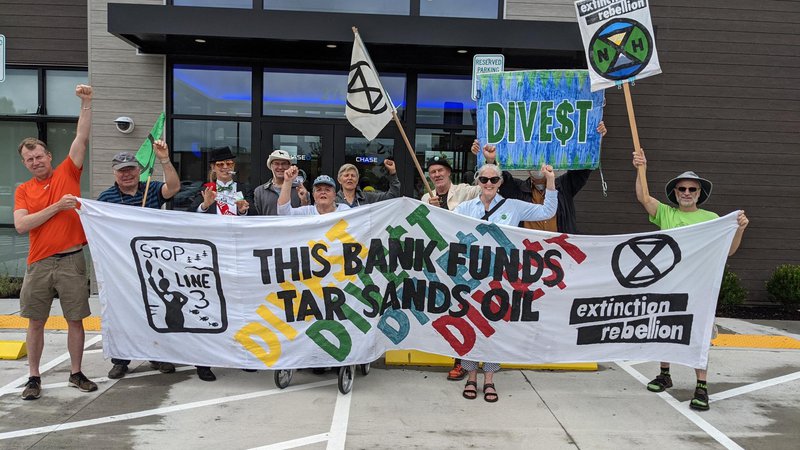 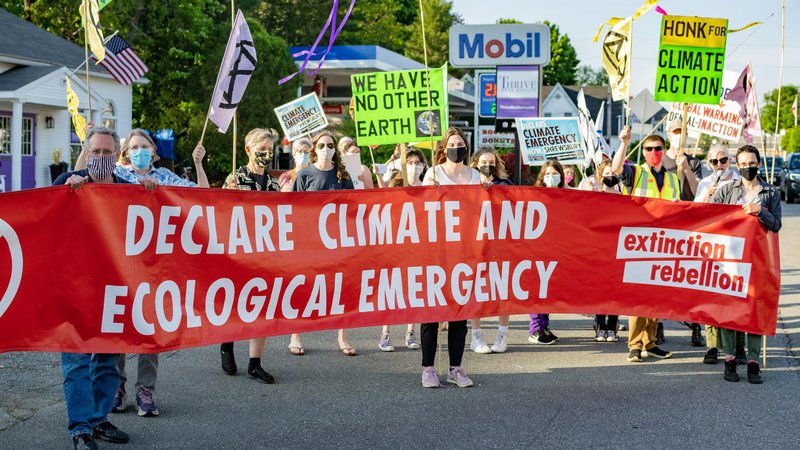 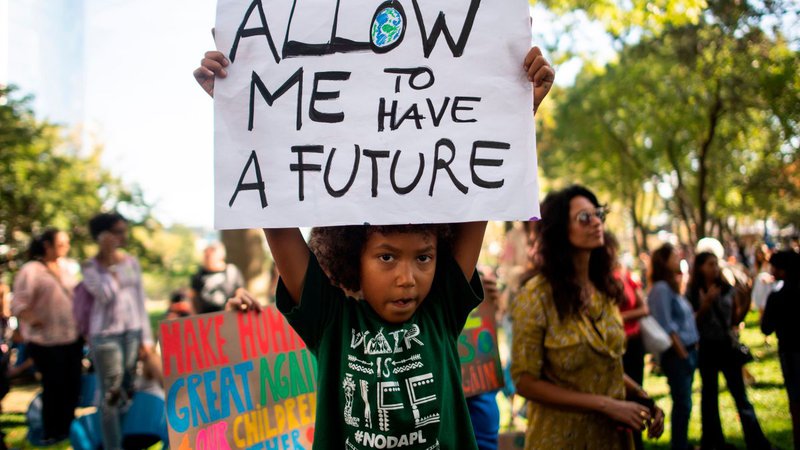 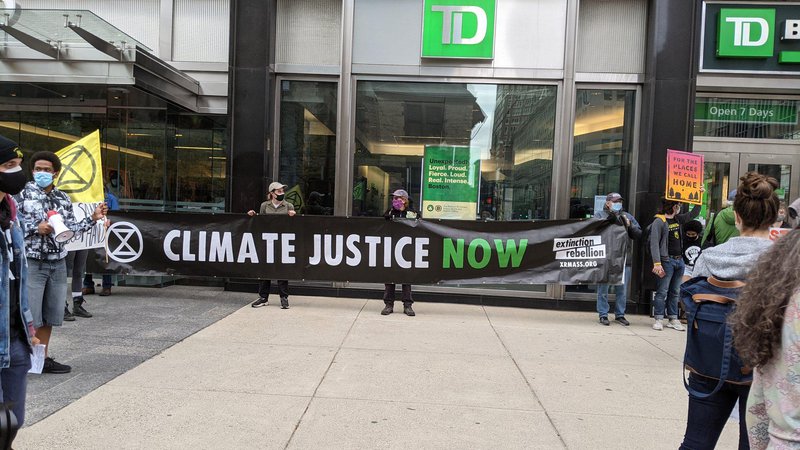 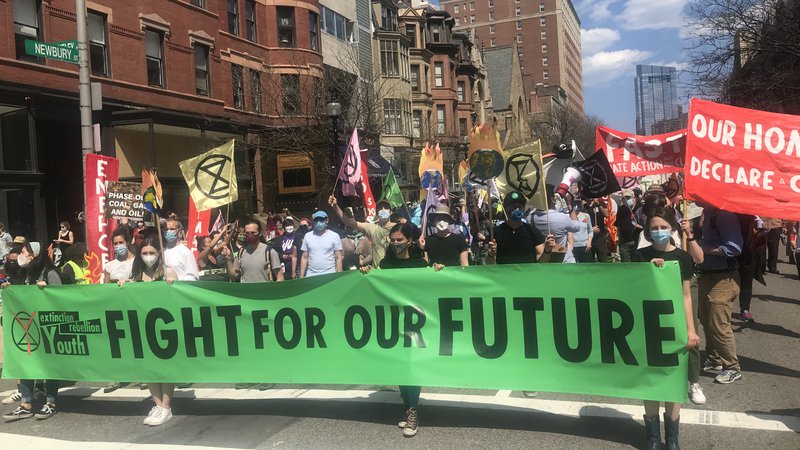 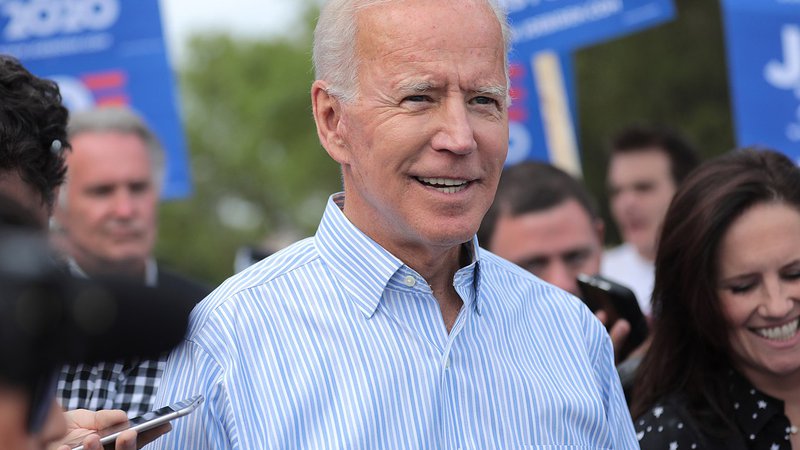 Extinction Rebellion Boston's Statement on Biden's Climate Plan
Biden announced his goal to cut the United State's emissions in half by 2030, but his goal is not urgent enough 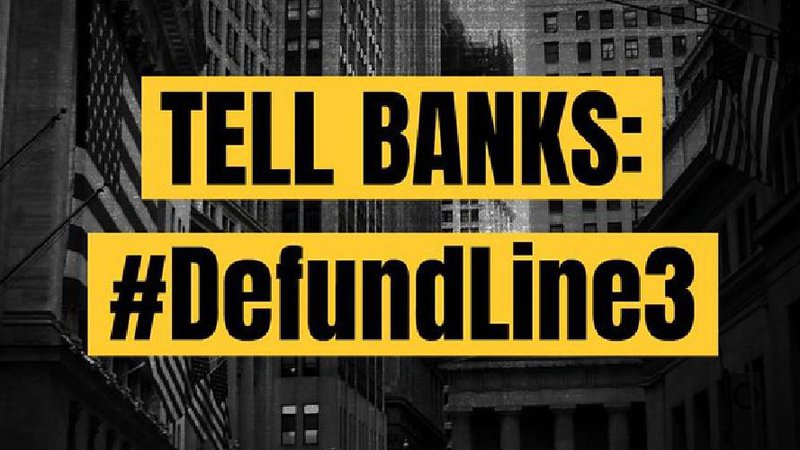